It was a rainy Portland night during quarantine. I heard a roommate mention in casual conversation that the Looking Glass Peyote Church of Oregon had been granted pre-colonial status. It sounded like a legal term, so I ignored it at first. But as I may or may not have been communing with mama-mota that evening, I began to sink my teeth into the phrase. Pre-Colonial Status. It legally means they’re allowed to participate in ceremony with mushrooms, peyote, wachuma, and the likes. A decriminalization of sorts if you will. But my goodness, the phrase chosen for this designation is a powerful one. What does that even mean? What does is imply?

It implies that the Americas were a slaughterhouse for many years at the hand of Europeans or what one might call white people. It implies that the bloody atrocities of colonialism did in fact take place right here under our feet. Here in Multnomah County, along the banks of the confluence of the salmon rich Columbia and Willamette rivers, it was probably at the hands of white dudes after the beaver pelts, a favorite fashion of the rugged outdoorsman of the “frontier.”

Unfortunately, the world today is still full of fashions and fetishes. Golden calves if you will. And capitalism takes healthy advantage of this occurrence. Wealth is fethishized and projected across the sky at all times of day and night (although, I heard recently, that space advertising is actually illegal. For now). The hole that exists in the descendents of the people who both did these things and had them done to them is gaping. It is in all of us. And oh, our connection to the Earth.

I just passed my two-year mark of living in an urban area. Hooray, I survived. I must say there are many benefits, such as realizing that humanity just might be worth saving after all. I’ve found that maybe humans aren’t inherently the problem-- but the way that the kyriarchy is structured to be entirely dependent on oppression of people and planet? Yeah, that’s pretty likely and by likely I mean a mathematical certainty. This valuable lesson is much easier learned among the workers and the factories than in the rural scapes of this country. But many challenges present themselves when we avoid spending time with ourselves the Earth. Laying in the sunshine, bathing in a river, spending time with animals...such activities are proven both anecdotally and scientifically to make you feel better. More alive, and happier to be so.

I am not here to present any data or evidence as to the healing power of the elements, only to encourage everyone to know thyselves and to know the land. In any way you can. Even if it is only noticing the moon or smelling a flower in the 711 parking lot. Through those two explorations--of self and surroundings-- I believe we find many parallels and microcosms that can intelligently inform our experience as human beings. We are biological beings, tied into a mysterious but understandable web of creatures playing out a very interesting series of events and non-events called life. It’s written into the code somewhere. We are alive.

But like many of us in a country I hesitate to call “America,”  I’ve walked through much of life feeling spiritually starved. I am cut off completely from whatever belief system might have attempted to allure me as a child, as well as from the majority of my ancestry. I swing between tarot-friendly atheistic materialism and non-binary psychedelic proletarianism. This era presents infinities of what to believe in, and yet the self (at least mine) is too fragmented to pick one. Needless to say, some integration is in order. 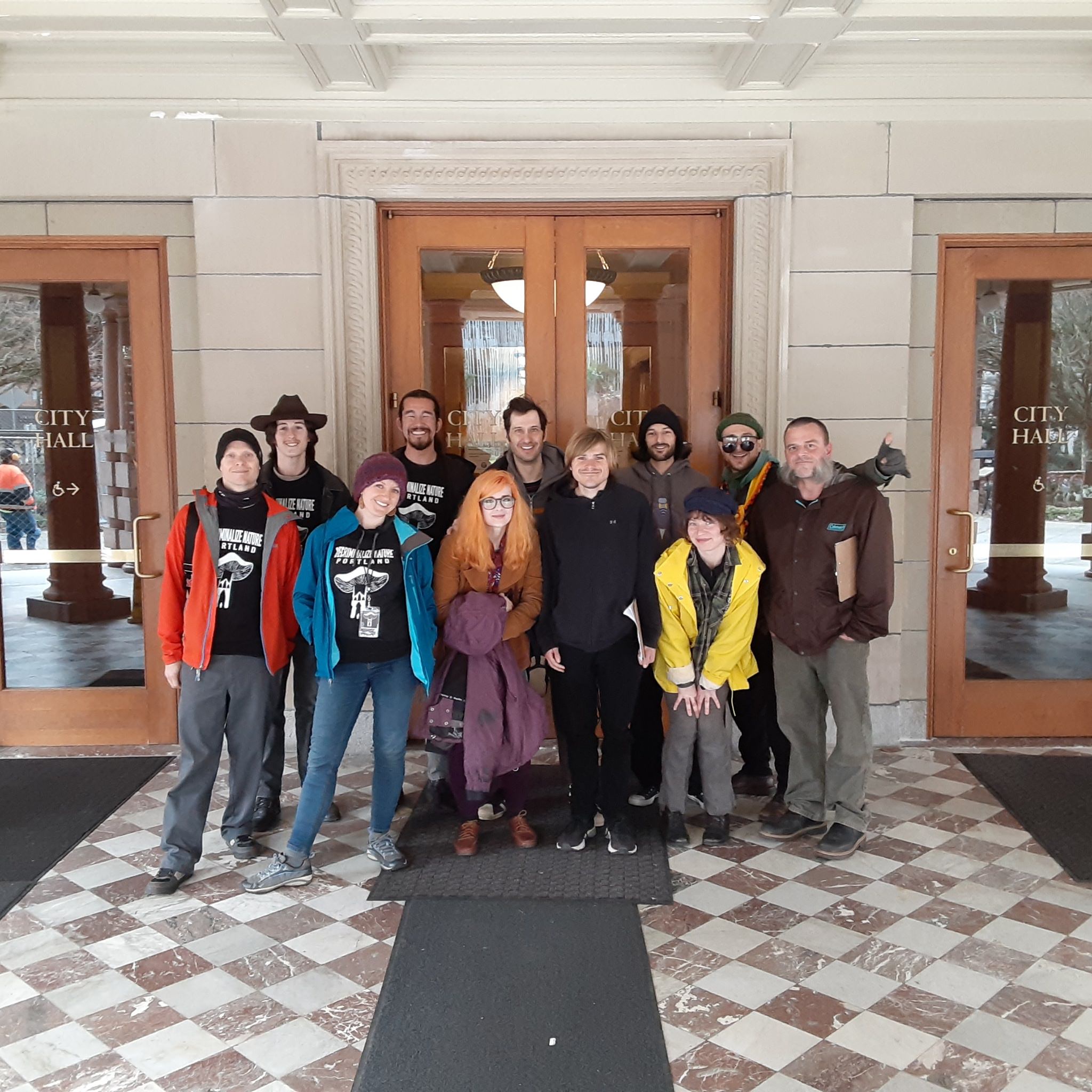 I swing between tarot-friendly atheistic materialism and non-binary psychedelic proletarianism. This era presents infinities of what to believe in, and yet the self (at least mine) is too fragmented to pick one. Needless to say, some integration is in order.
Plant medicine can certainly be an awakening for anyone either lost in the sauce, or anyone galloping upon their horse high above the sauce. But the more we learn about consciousness and the its interplay with the natural psychedelia of being, the more we understand that this is not a simple or clean process.

Although I spent a year standing on the streets of Portland telling people that mushrooms can treat mental illness, I hesitate to use such simple language anymore. The statement is true, certainly, but we all must understand just what “treatment” looks like. For anything, from chemotherapy to a heroin detox, treatment is a transformational process. And just like any transformational process, it can hurt like all hell.

But it’s worth it. We find ourselves occasionally on the other side of despair and fear. Psychedelics-- or entheogens as many are calling them-- have been positively terrifying for me at many times in my life. And while I am not certain why I keep going back, it may have something to do with the idea of a necessary spiritual descent. However are we to truly heal if forever we are crippled by our mortal fears and anxieties? It could be suggested that the psychedelic experience can help us build spiritual resilience. Plus there’s a nice bonus: conquering our own demons implies that we are able to conquer external demons as well which, in the dimming era of late-stage capitalism, are prolific throughout the land. We will need to rally together, those who have been oppressed, crushed by those who would take all the wonders in the Earth and lock them in their own safe-deposit box. They are doing it now. And we will need to act soon. At least that’s what the mushrooms told me.
How can we go back to the land
while progressing into the
future?
How can we realize that the land
is not a place to go back  to,
but one that has been around us,
in us, all along?

Perhaps we’ll fly off to Mars--
at least those of them who can afford it.
Maybe they'll colonize the moon?
Live an entire life on a spaceship headed to
Andromeda?

For the rest of us,
we may have to save what we have
She’s oh-so beautiful,
isn’t she? 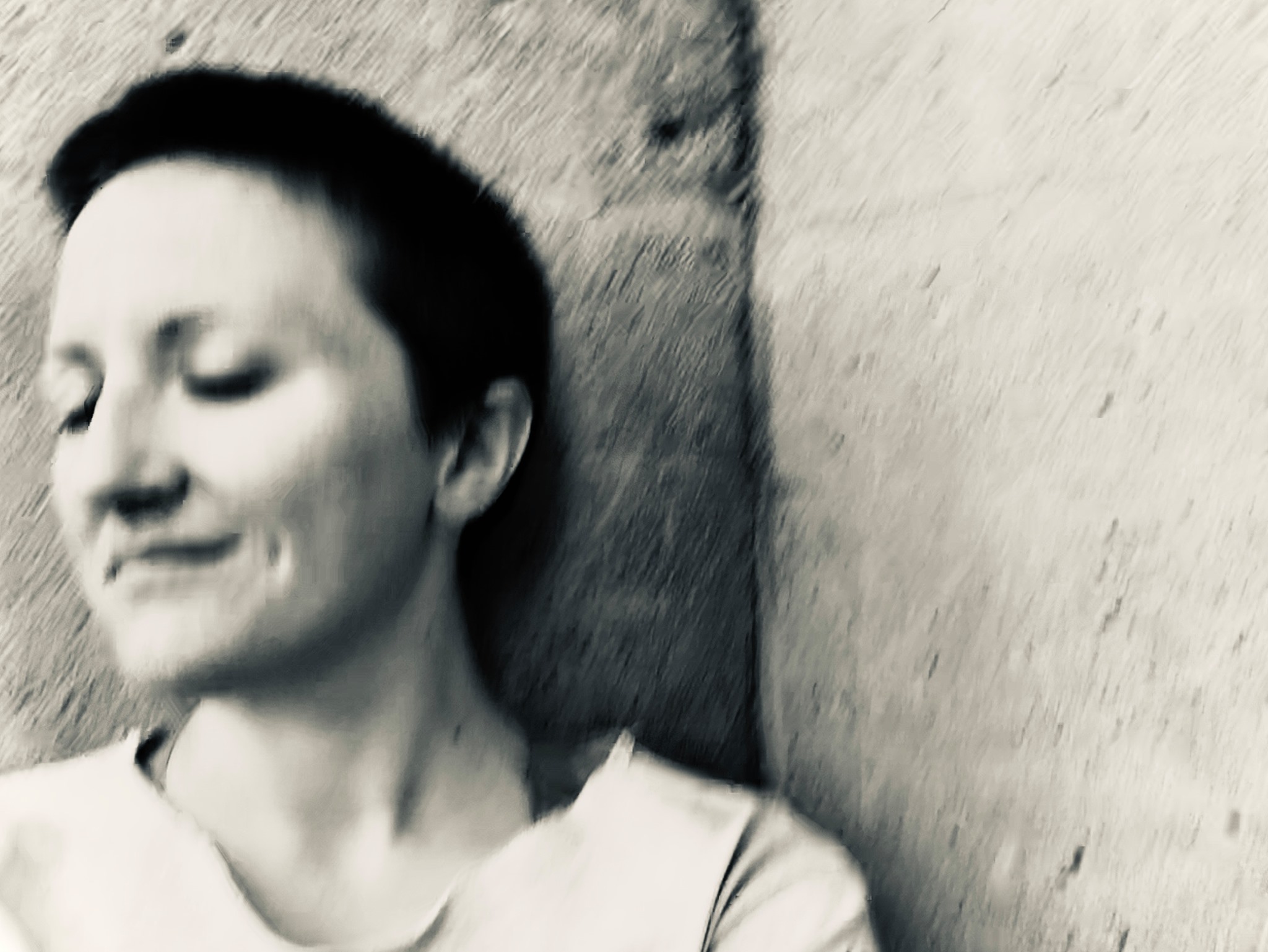 About the Author
Holly SullivanMember of Decriminalize Nature Portland
Holly Sullivan found the psychedelic revolution brewing in the city of Portland in late 2018. She was born near the beach in Seaside, but lived for many years in the southwestern deserts. The time came for change and she found herself in Oregon again. She gives thanks to the wind that led her this direction, the earth that holds our feet and plants the rains that feed the fungus and the fire to keep fucking moving forward. Every day.